You are here:Home›Resources ›Mobilizing Domestic Funding, Resources to Fight HIV and AIDS

As the 21st International AIDS Conference (AIDS 2016) got underway in Durban, South Africa, UNAIDS warned in a new report that declines in new HIV infections among adults have stalled and are increasing in some regions. The report also highlights the financing gap, citing data that show overall donor funding has dropped to its lowest levels since 2010.

Increasingly, low- and middle-income countries are having to fill that gap – both to prevent new infections and to provide care and treatment for citizens living with HIV. But the financial transition from donor funding to domestic resource mobilization (DRM) is challenging, especially to ensure households are protected from paying excessive costs out-of-pocket.

USAID’s HFG Project is working with its partner countries to navigate this transition. HFG supports Ministries of Health to more effectively engage Ministries of Finance and legislative bodies to augment public financing for health. The project also supports countries to better harness private resources to purchase priority health services, and provides advice on other innovative financing approaches. Highlights from our work in Vietnam, South Africa, and Nigeria illustrate the progress being made on the ground.

People living with HIV and AIDS  in Vietnam have greater access to antiretroviral drugs (ARVs) than ever before, largely as a result of support from the President’s Emergency Plan for AIDS Relief and The Global Fund. Together, they have worked with the government to cover 95% of the costs of ARVs ($21.2 million in 2014).

But due to projected declines in these donor funds, there is a pressing need for the government to transition to more sustainable forms of financing to ensure this coverage continues.

In particular, HIV and AIDS hits hardest among the marginalized, especially the country’s injecting drug users (IDUs). Nearly 60% of all reported HIV cases are among IDUs, with an overall HIV prevalence of 30% and as high as 56% in some provinces. 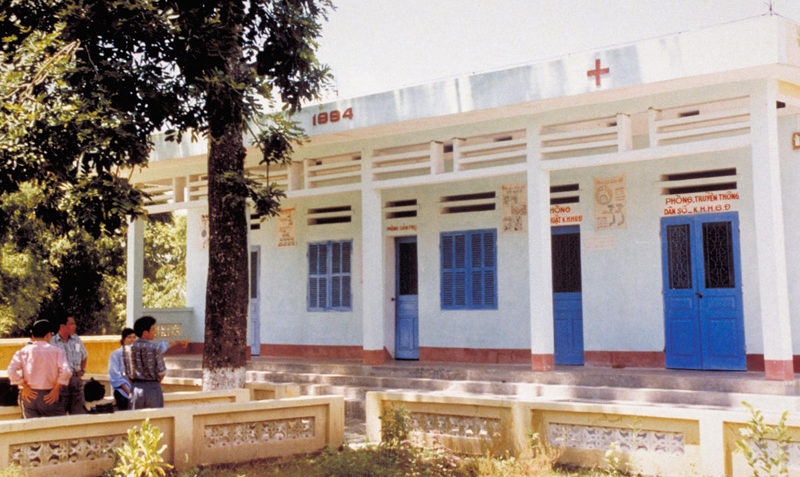 A clinic in Vietnam. © 1999 Pham Hong Long, Courtesy of Photoshare

But for the first time, the government is spending its own money – more than $3.5 million – to buy ARVS to treat its citizens living with HIV, including IDUs, sex workers, and other vulnerable groups. At the request of the Ministry of Health and the Vietnam AIDS Administration Control, USAID, through the HFG project, has assisted Vietnam’s Department of Planning and Finance with the procurement process and mobilizing domestic resources to cover the costs.

The government recently committed to cover 70% of need by 2018 and to allocate approximately $15-20 million to buy first-line ARV drugs.

To tackle its substantial HIV and tuberculosis (TB) burdens, South Africa  continues to rapidly scale up its response to both diseases. Over the past decade, the government of South Africa dramatically increased its financing for HIV and TB programs. Rapid scale-up requires credible resource needs estimates to inform budget allocations.

In the spring of 2015, South African officials and experts, in partnership with UNAIDS, finalized the detailed HIV and TB Investment Case that laid out the resource requirements for achieving the country’s coverage goals. Next came the complex task of translating the Investment Case’s findings into recommended budget allocations in South Africa’s Medium Term Expenditure Framework (MTEF), wherein the GoSA determines its budget plans for the next three financial years.

Informed by the analysis, NT proposed increased allocations for HIV and TB to the South African Cabinet. These were approved in October 2015 despite limited fiscal space and scant budget increases in other sectors. 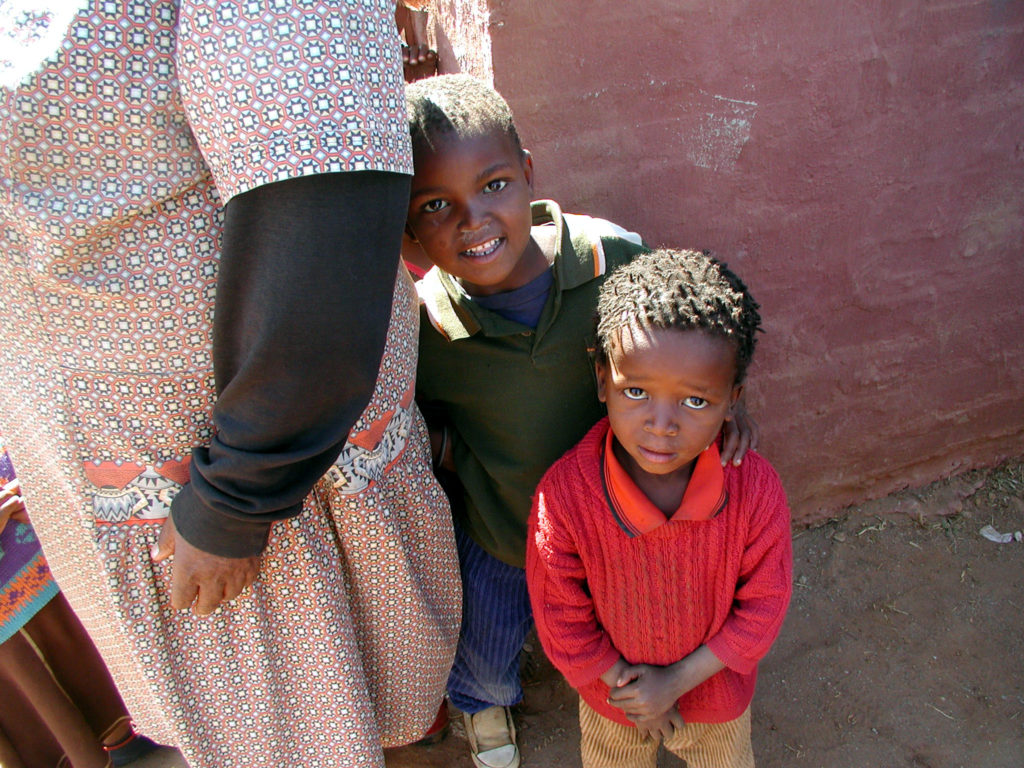 Two orphaned young boys stand next to a community worker in South Africa. © 2003 Melissa May, Courtesy of Photoshare

As a result, South Africa will increase its spending on HIV and TB programs in accordance with the Investment Case by adding:

Nigeria’s states are facing the challenge of sustaining current funding levels for the HIV and AIDS response. Donor funding accounts for over 70 percent of the financing needed for the response. As international financial support for health plateaus and donors re-focus their assistance, ensuring the sustainability of donor-established services is of paramount importance.

HFG is building a broad constituency, beyond just the health sector, to support DRM efforts to sustain HIV and AIDS programs in several states. This is part of a broader effort to improve DRM for health. In collaboration with the State Agencies for the Control of AIDS and USAID’s Strengthening Integrated Delivery of HIV/AIDS Services Project, HFG helped develop resource mobilization strategies in four states: Akwa Ibom, Cross River, Lagos, and Rivers.

These strategies are being implemented with the goal of increasing public budget allocations, increasing the releases and effective spending of those allocations, and identifying opportunities for private sector investment. Budget increases have already been achieved despite recent pressure from falling oil prices.