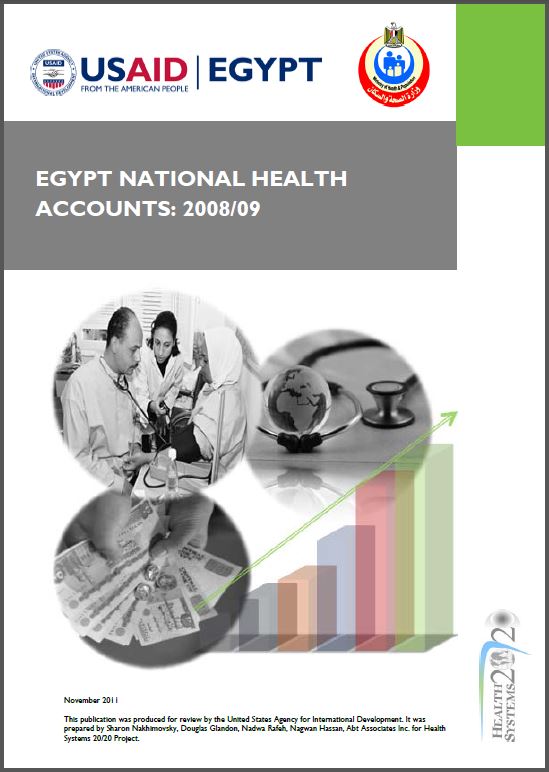 Egypt was one of the first low- and middle-income countries in the world to conduct a National Health Accounts (NHA) analysis. NHA is a powerful tool used to inform health financing policy as well as monitor the impact of policy interventions. The first round of NHA in Egypt covered resource-tracking for fiscal year (FY) 1994/95, the second for FY 2001/02, and the third for FY 2007/08. Over the years, the United States Agency for International Development (USAID) and the World Health Organization (WHO) have supported this effort both globally and in Egypt. The Government of Egypt (GoE) has used NHA results in discussions on a variety of reform initiatives, ranging from the Health Sector Reform Program in the late 1990s to the Family Health Fund of the 2000s.

In 2008/09, the vast majority of Egypt’s health spending (72 percent) came directly from household out-of-pocket (OOP) payments, with another 25 percent coming from Government of Egypt (GoE). The remainder was paid for by private employers (approximately 2 percent) and external sources, including donors (approximately 1 percent). These results indicate that the share of spending by households has increased by more than 20 percentage points since 1994/95, while the public share of health spending has fallen by 8 percentage points. These trends are troubling, particularly when compared to regional norms.