You are here:Home›Resources ›Peru: A Comprehensive Health Policy to Protect the Most Vulnerable 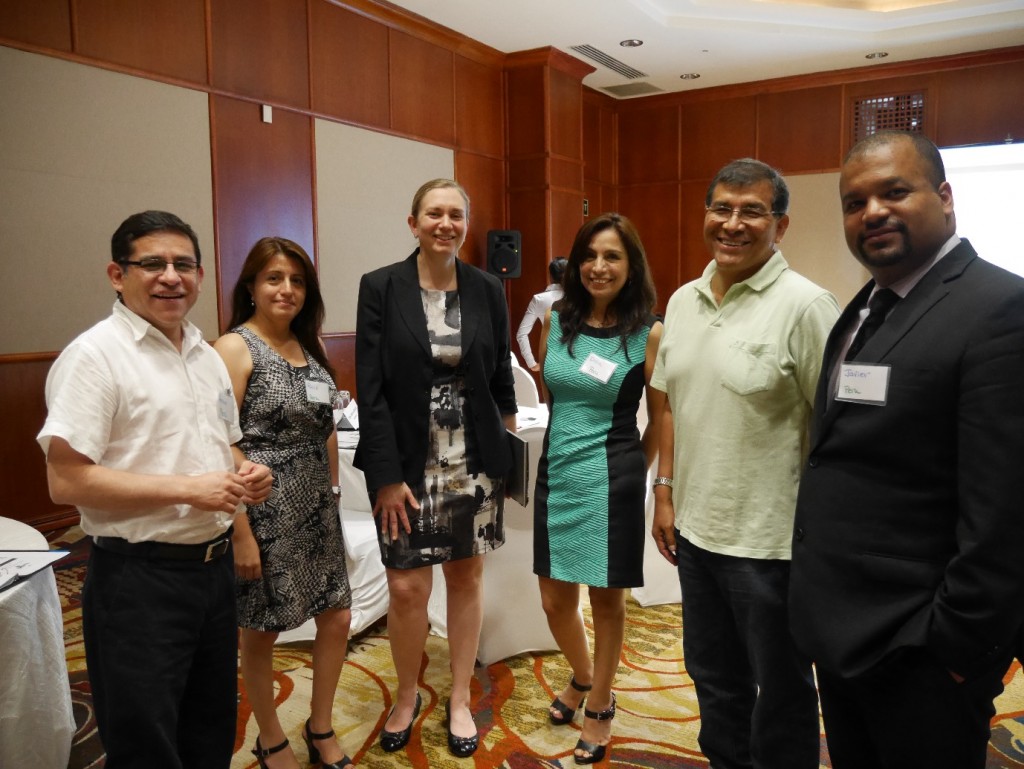 From left to right: Arturo Granados, General Director of the Office for Decentralization; Rocío Espino, Advisor to the Vice-ministerial Office; Amanda Glassman, senior fellow at the Center for Global Development in the US; Dalia Suarez, Head of the Ministerial Cabinet, Ministry of Health; Zósimo Juan Pichihua, Director of Fiscal Decentralization Policies and Sub National Finances; and Javier A. Castillo, Supervisor of Risk Management and Comprehensive Health Insurance Service Evaluation.

Recently, the HFG project hosted the World Bank Institute’s “Flagship Course on Economics and Health Financing for Latin America and the Caribbean” in Panama City, Panama. Funded by USAID’s Bureau for Latin America and the Caribbean Bureau, the course brought together more than 40 Ministry of Health and Ministry of Finance representatives from the Dominican Republic, El Salvador, Guatemala, Guyana, Haiti, Honduras, and Peru.

During the course, the delegates shared initiatives developed in their own countries, especially around effective practices to reduce health inequities, which is the objective of A Renewed Promise for the Americas. In an interview with members of the Peruvian delegation, HFG learned about the country’s progress toward improving access to health for vulnerable populations. Visit the course landing page here.

Before the beginning of Comprehensive Health Insurance in 2002, the great majority of Peruvians were not covered by any insurance, leaving many without access to health care. Between 1997 and 2001, with the growth of the economy, new public programs began providing support to the population that previously lacked health protection.

In 2002, the mother-child insurance and school insurance programs were joined together to form what today is called “Comprehensive Health Insurance” (Spanish acronym “SIS”), which in its first phase was aimed at covering the poorest populations, with a special focus on maternal and child care. Later, with the passage of the universal health insurance law, coverage was expected to be extended to the entire population, regardless of socioeconomic status.

At present, about 75 percent of the Peruvian population is insured, with public insurance covering more than 40 percent of the population. In rural areas, which are the most vulnerable and the hardest to reach, coverage stands at 90 percent.

Today, all expectant mothers and children between the ages of 0 and 3 are automatically covered by SIS, as long as they have no other insurance. The goal of SIS is to cover the entire population that lacks coverage by 2021, says Dr. Javier Alberto Castillo Valdivia. He supervises the risk management and service evaluation functions of the Comprehensive Health Service of Peru. 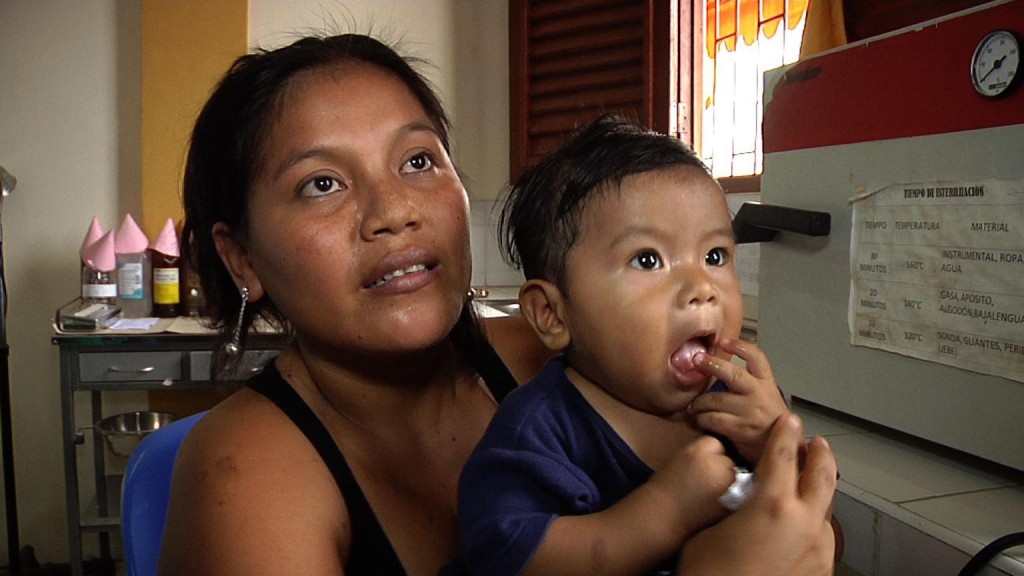 With the increase in coverage, the demand for health services also has increased. The main challenge facing the Ministry at this point is to strengthen the public capacity to meet this growing demand.

Peru and “A Promise Renewed for the Americas”

Peru was one of the countries that signed the Declaration of Panama in September 2013, committing to reducing inequities in maternal, infant and child health. With the signing of this Declaration by 27 countries of Latin America and the Caribbean, the A Promise Renewed for the Americas movement was formed as a support mechanism for helping countries reduce inequities in the area of health.

— By Diana Valcárcel, UNICEF-A Promise Renewed for the Americas