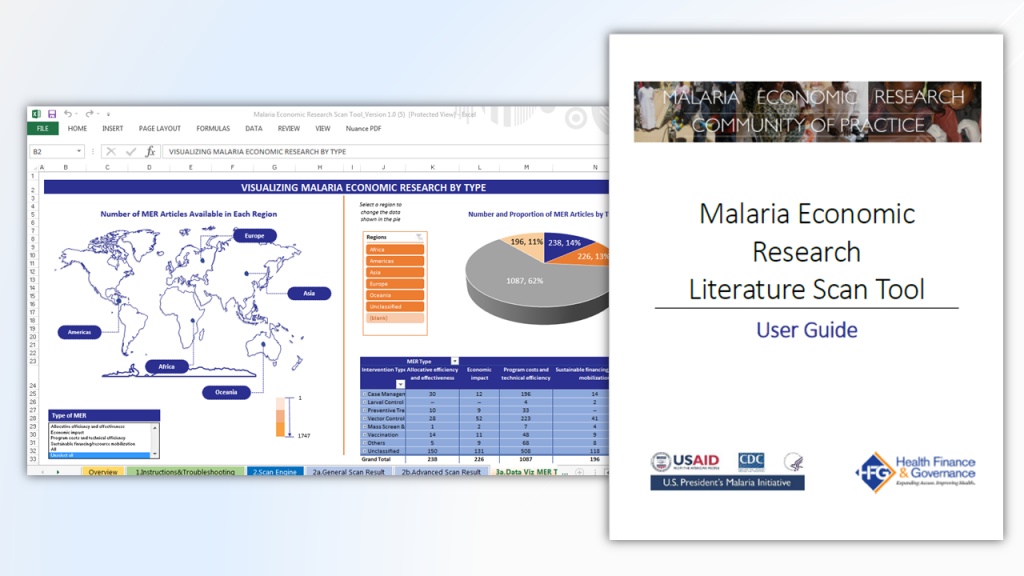 Many countries have made impressive gains in decreasing malaria mortality and incidence. Mortality has decreased by 60 percent, with 6.2 million lives saved since 2000. To achieve a malaria-free world, funding for cost-effective interventions and efficient malaria control programs must be sustained to preserve gains, reduce, and ultimately eliminate transmission. The WHO Global Technical Strategy for Malaria 2016-2030 estimates the cost of achieving the 2030 malaria goals to be US$ 101.8 billion, with a further US$ 673 million needed each year to fund malaria research and development. Malaria program implementers and funders need sound and appropriate economic evidence in order to advocate for continued resources and to implement programs in a cost-effective way.

In November 2015, the U.S. Government’s Presidents Malaria Initiative (PMI) and HFG hosted a consultative session on the Economic Impact of Malaria Control at the 64th Annual Meeting of the American Society for Tropical Medicine and Hygiene (ASTMH) in Philadelphia. The meeting brought together funders, researchers, and implementers of malaria control, who expressed the need for increased knowledge sharing and coordination to improve the targeting and efficiency of research efforts, and the usability of results. Moreover, the group acknowledged the importance of involving the “users” of malaria economic research—implementers, programmers, and policymakers at the country level—in these discussions.

As a result, HFG facilitated the development of a Community of Practice (CoP) aimed at improving coordination, collaboration, and communication among the producers, funders, and non-economist users of malaria economic research (MER), such as policymakers and program planners.

During the initial establishment of the CoP, members acknowledged the usefulness of scanning and collating the existing MER, which led to the creation of the MER Lit Scan Tool. The Excel-based tool analyzes a database of malaria economic research articles for literature (created by HFG) and allows users to search for articles related to a particular topic, filtering by various criteria such as geographic focus, intervention type, or type of research. The tool also allows the user to adjust visualizations which summarize the available articles based on selected criteria.

Determining how much and what type of MER exists can help in many different capacities, such as: