You are here:Home›Resources ›Bringing Health Agencies and Central Budget Agencies Together: Lessons Learned

Dr. Gafar Alawode serves as the Chief of Party for HFG’s field office Nigeria. From June 27 to July 1, 2016 HFG collaborated with Nigeria’s Federal Ministry of Health, National Health Insurance Scheme, and the National Primary Health Care Development Agency to host a workshop on health care financing. The workshop brought together stakeholders from Akwa Ibom, Cross River, Lagos, and Rivers States, preparing them to undertake as part of the larger push for UHC. This post is adapted from a blog Dr. Alawode wrote for Abt Associates. 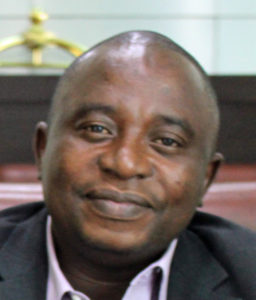 When dwindling external funding for health coincides with economic growth and increasing government revenue in recipient countries, it is only natural to clamor for increased domestic financing for health – the argument is seamless and logical. This is the scenario in the global health arena today, especially among the 28 countries rising to middle-income status since 2000, according to a recent World Bank report.

Shared prioritization of the health sector between central bureaucracies and health authorities could set the stage for harnessing a dividend of economic growth to improve government health spending with accountability, thereby fulfilling the health financing mantra of “more money for health and more health for the money.”[2]

The working groups bring together a wide array of actors not limited to the traditional “health partners” including relevant government agencies, development partners, the private-for-profit sector, civil society organizations and representatives from governing/executive decision-making bodies. This provides a unique opportunity for creating an interface between the health authorities, the private sector, and the budget agencies while also increasing transparency and accountability between the stakeholders. We have learned some key lessons from creating this platform where health agencies interact with central budget agencies.

First, the interactions often reveal reasons for suboptimal allocation of funds to health agencies. These reasons include limited understanding of the public financial management processes, poor quality of fund requisition memos on the part of health agencies, or the inability to account for funding spent in a language that is well understood by non-health ministries, such as the Ministries of Economic Planning and Finance, or a combination of these factors. Interestingly, health authorities were often previously unaware of these issues so this platform presents opportunities for bridging communication gaps between the health agencies and the central budget agencies.

Second, the interaction provides an opportunity for health authorities to better understand the government’s macro policy priorities, both explicit and implicit. Health authorities can then better articulate the justifications for their programs in line with government policy to increase the chance of government funding. In one of the supported states, human capital development was identified as the government policy thrust and the state HIV and AIDS agency consequently tailored its fund requisition justification along the lines of human capital development.

Lastly, bringing health and central budget agencies together deepens understanding of the political economy factors that could either accelerate or militate against improved health spending. Experience from interactions between the two groups suggests that it is possible to identify the influence and interests of key institutions and individuals that are either for or against increased health funding. Such information could then be used to foster relationships with individuals and groups that will promote increased health spending.

Considering the promising signals from the interactions between Ministries of Finance and health agencies, we envision that this promising strategy will be sustained and many more working groups will be created to promote domestic financing for health. It is still too early to attribute any increase in domestic financing to the interaction between central budget agencies and health agencies, but the initiative is being monitored to gather evidence of impact.

Other social sectors such as education, water and sanitation can learn from this initiative in order to promote more government spending on the social sector at large. Improved spending on other social services has huge implications for health status – half of the health-related achievements in the Millennium Development Goals were attributable to investments in health, while the other half was attributable to investments in other social services.[3]