You are here:Home›Resources ›Ukraine: Is It Cost-Effective to Integrate HIV Counseling and Testing into Primary Care?

Ukraine has one of the highest HIV prevalence rates in Europe.  The epidemic has historically been concentrated among high-risk populations, especially people who inject drugs and men who have sex with men, but there are indications that it is becoming generalized in some regions. 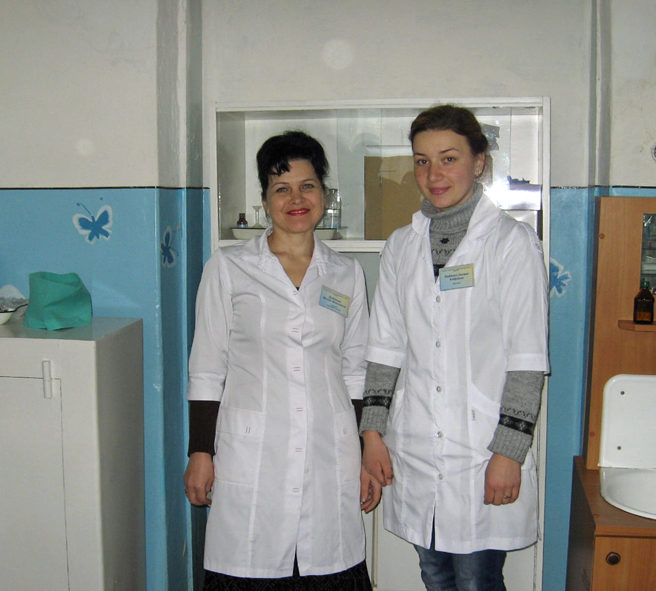 Many people, however, are not aware of their HIV status and few people living with HIV (PLHIV) are enrolled in care and treatment. Increasing uptake of HIV counseling and testing is an important step to enrolling people in HIV care and preventing the further spread of HIV.

A new HFG study published in the AIDS and Behavior journal examines a potential new route for HIV care and treatment – primary health care. “The Cost-Effectiveness of Integrating HIV Counseling and Testing into Primary Health Care in the Ukraine” estimates the number of HIV cases diagnosed, costs, and cost per HIV case detected associated with integrating HIV counseling and testing (HCT) into primary health care facilities in Ukraine.

In Ukraine, HCT is organized through three programs—government-provided antenatal care, mandatory HIV testing for potential blood donors, and a network of AIDS Centers and Trust Cabinets. Trust Cabinets are specialized clinics within polyclinics or hospitals established solely for HIV and AIDS testing and treatment.

In the Chernigiv region, HFG piloted a service delivery model that integrated HIV testing and counseling into primary health care (PHC) centers in order to assess whether this would increase access to care while keeping costs low. The study found the incremental cost per case detected was less than the average cost per HIV case detected before the pilot integration program in the Chernigiv region. Although the integration model is likely cost-efficient, affordability issues remain because the PHC integration program costs more than the Trust Cabinet only model. The study adds to the literature supporting the integration of HIV services in PHC. Since the effects were assessed over a single year, further assessment of the model both in the Chernigiv region and other regions of Ukraine should be evaluated.

The study compared the calendar year 2013 to assess HCT before the start of integration, and the calendar year 2014 to assess implementation. To compare costs, data were collected from Trust Cabinets in 2013 and 2014 and also from PHCs in 2014 in four intervention districts. The study found that there was an increase in the number of HIV tests administered and in the number of HIV cases detected in 2014 over 2013.