For the past four months, the HFG Ukraine project has successfully started to pilot a new model of HIV service integration in one northern region of Ukraine, Chernigiv Oblast. The project plans to evaluate the pilot’s cost-effectiveness to support a proposal for a nation-wide scale up of the model.

Despite the ongoing political instability since November, the HFG team trained 70 physicians in four two-week training sessions covering HIV/AIDS counseling, rapid testing, and basics of HIV care. During that time, HFG also organized training for 75 nurses in practical skills of HIV counseling, testing and data reporting in partnership with the Clinton Health Access Initiative and the AIDS Center of Chernigiv Oblast.

The implementation of the pilot is going on with continuous support from the national and oblast government. The program is seen as groundbreaking because it is testing the inclusion of HIV prevention, detection of HIV using rapid tests, and basic care as part of a routine family practice scope of work in Ukraine, as a model to be incorporated into the national health reform agenda. 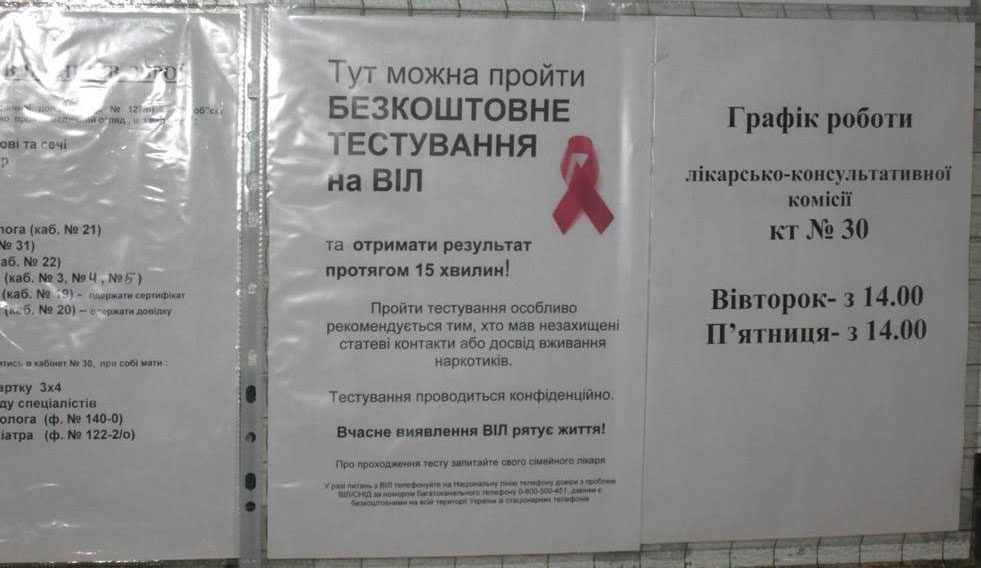 “We are very impressed at what the team managed to do in a very challenging and difficult time for the country,” wrote Paola Pavlenko, HIV Specialist, Office of Health and Social Transition, USAID Mission to Ukraine, Belarus, Moldova, in an e-mail to the project team.

Ukraine has the highest prevalence rates for HIV/AIDS and tuberculosis in Europe, with 0.8 percent of the country‘s adult population estimated to be HIV-positive in 2011, according to UNAIDS. While Ukraine has embarked on the most ambitious health reform agenda since the fall of the Soviet Union in 1991, HIV service delivery and financing have not yet been integrated into the government’s reform strategy.

Given the changing nature of the disease and foreseen declines in donor funding to support the response, the Ministry of Health has recognized the need to revisit the vertical service delivery and financing models, and identify strategies to better integrate HIV prevention and counseling efforts into primary health care.

Of the 65 doctor and nurse pairs trained, all have begun to provide HIV testing and counseling in January-March 2014. Since the beginning of the intervention, 1,453 HIV tests have been delivered at the primary care level, and 9 HIV positives have been detected as of May 1, 2014. As expected, the rate of HIV positives among those tested so far is close to the average prevalence rate in the region (0.7%). Most of the positives to date have been from most at risk populations (MARPs), providing anecdotal evidence that MARPS would come to a primary health care (PHC) clinic for testing, as opposed to the current model’s specialized sites.

HFG Ukraine is also working closely with country counterparts to test new ways of managing and financing basic HIV services provided at the primary care level, which are fully aligned with the government’s current health reforms. The project is developing recommendations for supervision of the integrated care, management and oversight mechanisms, and financing reform to support the model. Depending on the results of the cost-effectiveness analysis, HFG Ukraine will discuss the inclusion of an indicator for HIV services into the new incentive payment scheme at the PHC level.